Power Station of Art (PSA) presents ‘Franklin Chow: Zigzagging my way home’, the Chinese-Swiss artist’s debut solo exhibition in China, from August 4th to October 17th 2018. ‘Zigzagging my way home’ is titled for the diverse experiences and confluences of cultures that Chow has known in his life and art as he eventually meandered his way home to his roots in Shanghai. The exhibition brings together Chow’s representative work of paintings, installations, objects, sculptures and videos from different stages of his career, along with Journal, a series of ink drawings and writings from his daily life. Also on view are four ancient Chinese artefacts from the Shanghai Museum’s collection which greatly inspires his art. They provide a crossover between traditional and contemporary art forms, and the hybridity between East and West in Chow’s work.

Born in 1946 in Shanghai, Chow moved to Hong Kong when he was three years old. At the age of 17, he arrived in Parison a one-way ticket to study art at the Académie de la Grande Chaumière, beginning his life as an artist. During his time as a student, Chow became acquainted with the abstract art of French artist Georges Mathieu and Chinese-French artist ZaoWou-Ki. The lyrical and abstract works of both artists crossed cultural aesthetics, which resonated with Chow. He travelled frequently between Paris and London where he took on several jobs which included film production, creative and management roles in multinational companies as well as leading his own marketing communications consultancy. Chow has lived in Switzerland since the early 1970s.Swiss culture and minimalist aesthetics have inspired much of his art.

In the 1990s, Chow left the corporate life and made art his full-time pursuit. In addition to other media, he works with ‘the four treasures of the calligrapher’, namely the Chinese brush, Chinese ink, paper and inkstone. In 1997, he began the daily practice of using ink on paper to document his thoughts on daily life and current affairs through drawings and texts. Journal has been a work in progress over the past 20 years and is Chow’s unique artistic expression. The exhibition showcases for the first time a comprehensive selection of Journal entries, which lends the viewer an inside peek into Chow’s life journey.

The first installation of the exhibition is Shadow of the Banner, Chow’s tribute to Pierre Daix (1922 – 2014), a close friend and well-known biographer of Pablo Picasso. The ‘banner’ is a long, unmounted black canvas varnished with glaze which gives the surface texture and tonality that allows white reflections to show through. The ‘shadow’ is made of light-coloured rice paper, visually light and bright, but spotlights on the ‘shadow’ cast long, black shadows on the white wall behind them. The black ‘banner’ and the white ‘shadow’ as symbols of light and darkness in reverse, with the heavy black representing light and the delicate white representing darkness. The black ‘banner’ with white reflections symbolises Daix’s indomitable spirit in spite of his long and dark life journey.

At the center of the exhibition hall is Blind Prose, comprising 50 inked and varnished braille books seated on bases. For the ordinary onlooker, the contents of the books are not visible, but because they are in braille, they can be understood with the sense of touch. This work questions what perception is, and that this should not stop at the sense of sight. With some effort one can grasp any concealed meaning sand open one’s own mind into a broader point of view.

Chow’s most representative works have been selected for this exhibition. These are displayed on the same wall, enabling the viewer to study the changes in his artistic expression during the various stages of his artistic practice. In Untitled (2004) Chow overlaid cane stripes on hessian to enrich the texture of the image. The materials used in this work cause this artistic expression to stand out from the black, white and grey monochromatic work of his other periods.

The ‘hybridity’ in Chow’s artworks can be attributed to his unique Chinese and Swiss cultural identity. He often calls himself a ‘Swiss made in China’, a person who is yellow on the outside and white on the inside. He once said that, ‘I rely on my memory and my blood to evoke the essence of the collective Chinese spirit: fluid, travelled and ever evolving. This was where I came from and this is where I am heading’. ‘Zigzagging my way home’ takes the viewer along on Chow’s search for his cultural identity and his homecoming journey that is expressed through his art.

Born in Shanghai in 1946, Franklin Chow was raised in Hong Kong. He trained in art at the Académie de la Grande Chaumière in Paris. He lives and works in Lausanne and Sainte Croix in Switzerland. Chow is the descendant of Qiu Ying, one of the Four Great Masters of Ming Painting in the 16th century. His father was Qiu Yanzhi, a renowned collector-connoisseur and dealer of Chinese art and artefacts. Having been born into an influential family which has contributed notably to the history of Chinese culture and been raised in a paternal education encouraging an appreciation for art, Chow grew up with an awareness for eastern and western cultures, as well as a deep sense of aesthetics.

Chow’s multicultural awareness from his upbringing and diverse life and work experiences are reflected in his art. He is a mixed media abstract artist and employs in his art practice the hybridity of different media, techniques and expressions, ranging from raw materials (such as flour) in his abstract paintings during the 1960s to marouflage, to ink on paper, to video projections, to site-specific installations. Chow’s artistic voice cannot be defined as East nor West, but rather as a merge of both through his combined use of traditional forms of Chinese art (such ink on Xuan paper and calligraphy) and contemporary Western art (such as oil on canvas), shaped by his knowledge in literary traditions, cinematic influences and graphic communications.

Chow’s works have been exhibited in group and solo exhibitions in Switzerland, France, Singapore, and now, China. They are in public and private collections in Switzerland, France, Germany, the UK, Mexico, the USA, Hong Kong, Singapore and China, including the Power Station of Art, Shanghai; Rolex, Geneva; the Teo Jakob art foundation, Bern; and the Inez & Yves Oltramare Foundation, Geneva.

About the Power Station of Art

Established on Oct. 1st, 2012, the Power Station of Art (PSA) is the first state-run museum dedicated to contemporary art in mainland China. It is also home to the Shanghai Biennale.Renovated from the former Nanshi Power Plant, PSA was once the Pavilion of Future during the 2010 Shanghai World Expo. The museum has not only witnessed the city’s vast changes from the industry age to the IT era, but also provided a rich source of inspirations for artists with its simple yet straightforward architectural styles.

As Shanghai’s generator for its new urban culture, PSA regards non-stopping innovation and progress as the key to its long-term vitality. The museum has been striving to provide an open platform for the public to learn and appreciate contemporary art, break the barrier between life and art, and promote cooperation and knowledge generation between different schools of art and culture. 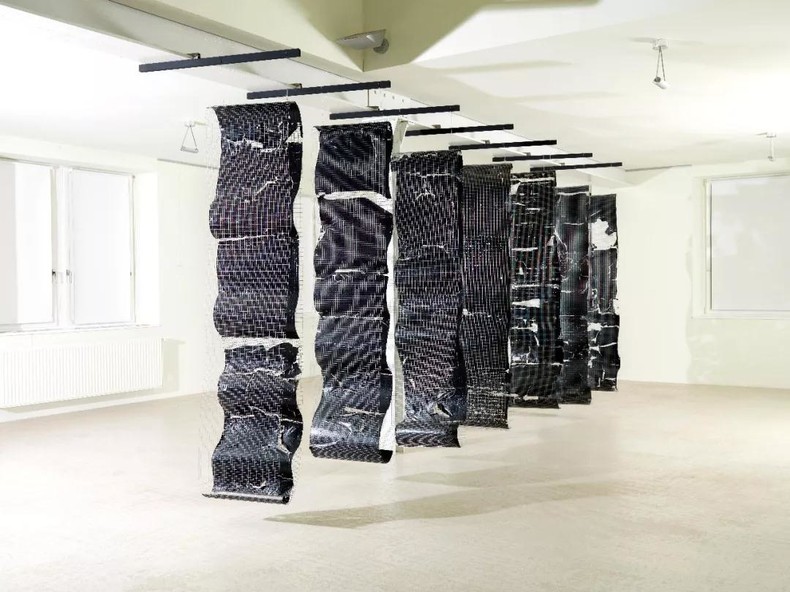 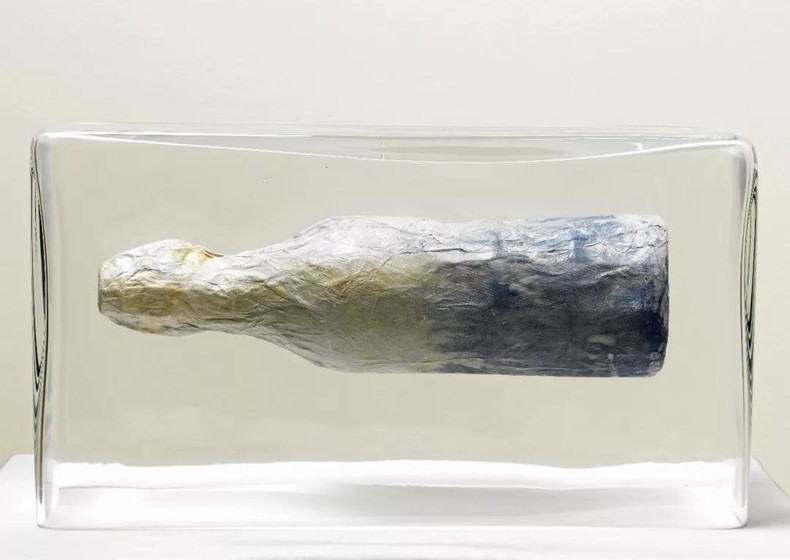 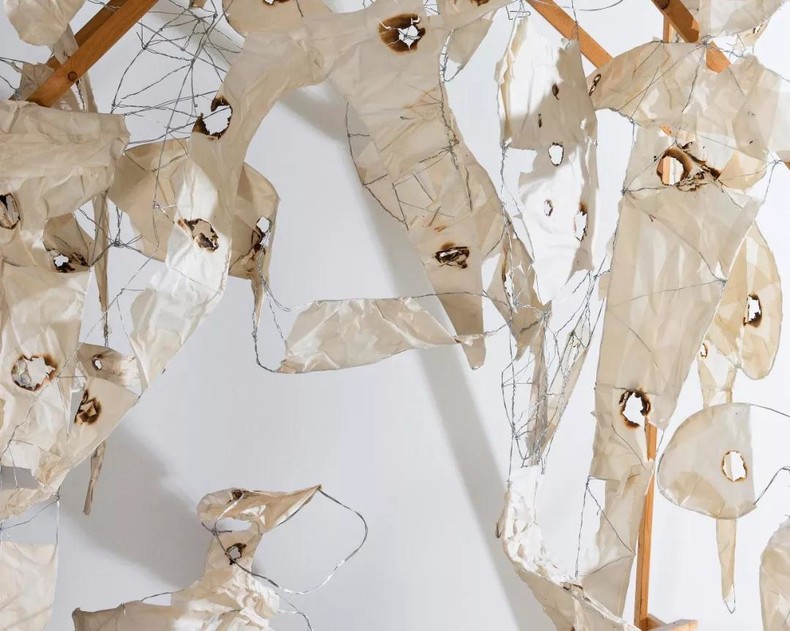 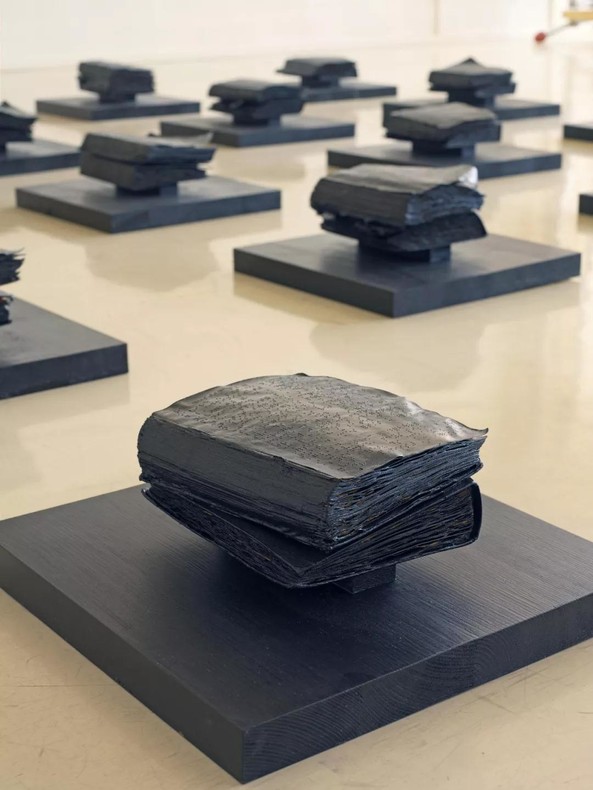 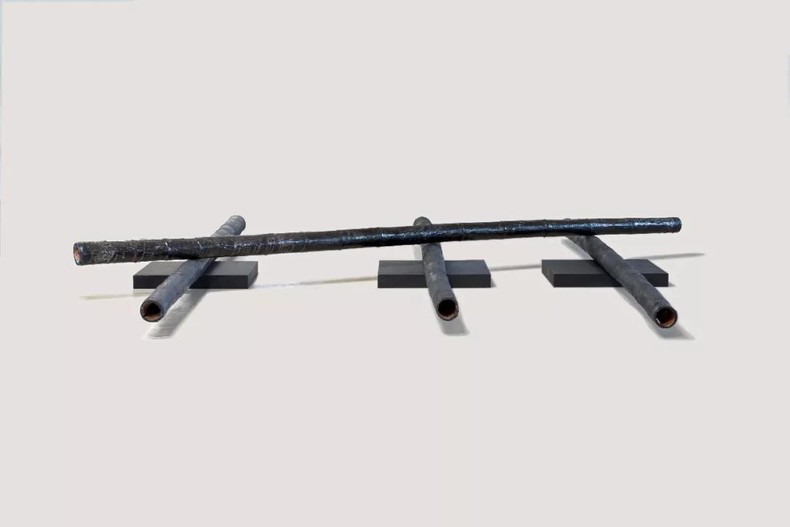 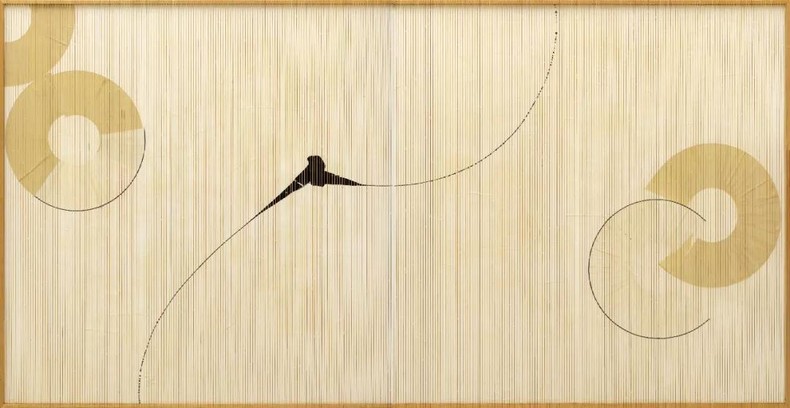 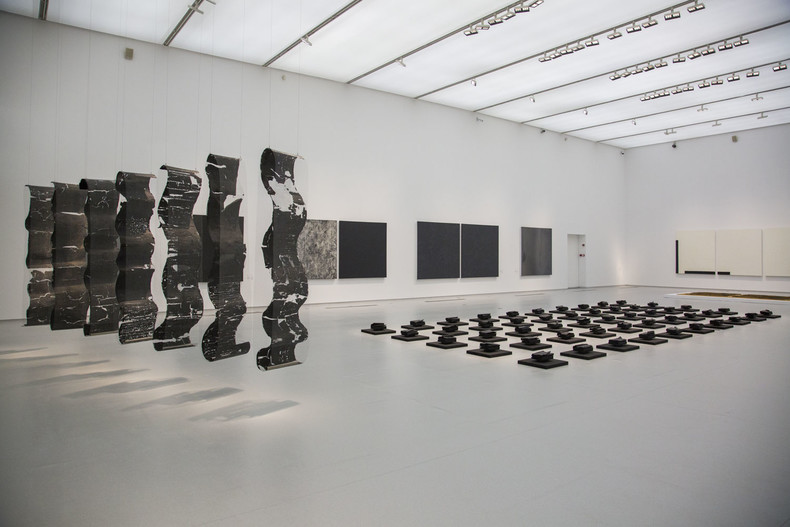 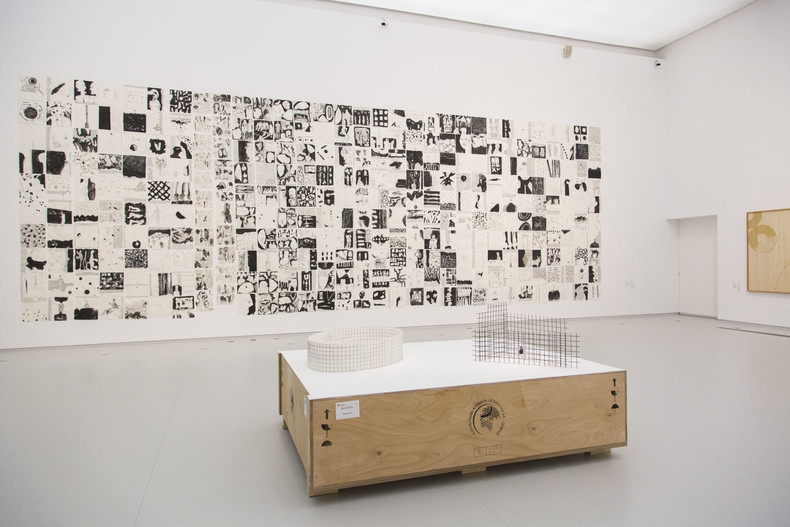 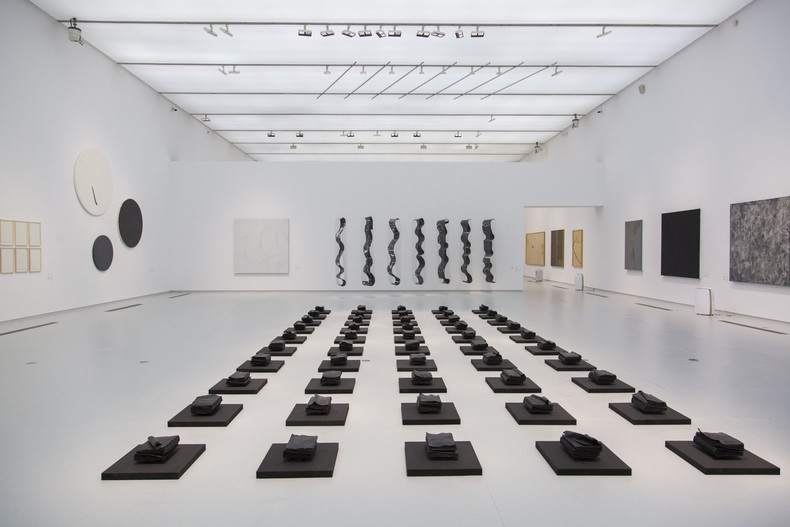 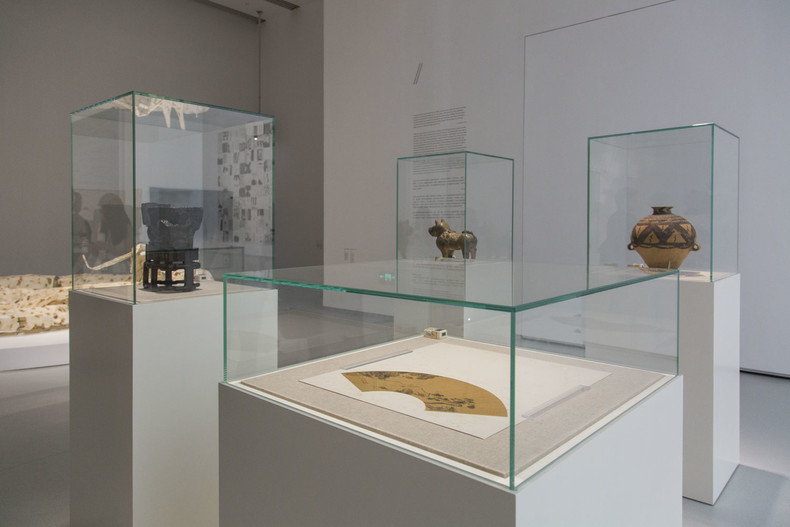 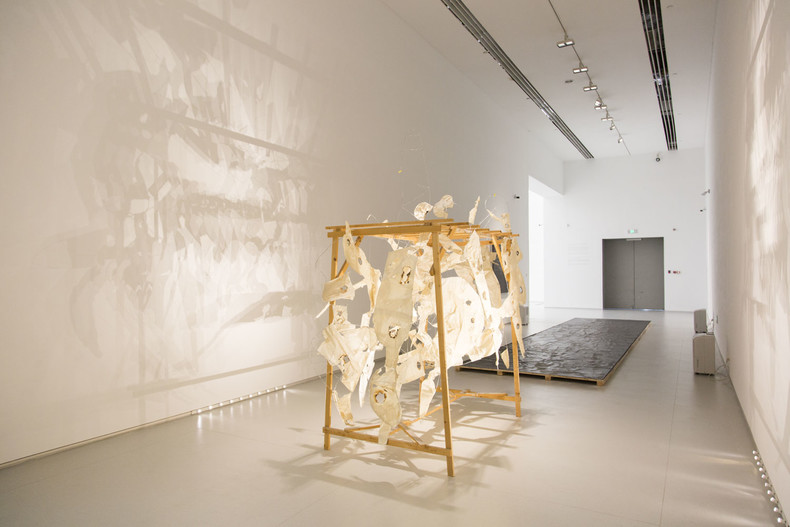