Since its inception in 2014, the Power Station of Art’s Emerging Curators Project(ECP) has so far supported more than 30 Chinese young curators to realize a total of 16 exhibitions. Their practices at the PSA space have helped expanded curatorial horizons, not only allowing the audience to access more young Chinese artists, but also drawing the international art community’s attention towards their talents.

In 2019, the project’s 6th edition received a total of 52 submissions, with 38 of them being valid. They were reviewed by an international jury lineup in July – members of PSA’s Academic Committee, including Chris Dercon, Donna De Salvo, Ding Yi, Fei Dawei, Feng Yuan, Gong Yan, Hou Hanru and Mark Wigley, as well as this year’s special guest judge Wang Luyan took time to interview the young Chinese curators behinds the final five candidate proposals, and announced Sunset on a Dead End: The Notorious and Their Inexplicable Modes of Existence (curated by Shen Chen and Wang Huan) and The Process of Art: TOOLS AT WORK (curated by Zhang Yingying) to be this year’s selected proposals. After four months of deepening and realizing, the two selected curatorial proposals will be officially unveiled to the public in exhibition forms on October 25, 2019.

By examining the modes of existence of “the Notorious”, Sunset on a Dead End: The Notorious and Their Inexplicable Modes of Existence sets out to constantly re-evaluate the complex relationship between human individual and power. Donna De Salvo commented: “The Notorious exist beyond social norms. We may think they’re invisible, just like ghosts. However, they are not invisible, nor totally uninfluential communities. They’re influencing the whole system. The exhibition tries to bring together many engaging artists to measure the power of such unorthodox, strange people – their works explore the different dimensions of ‘The Notorious’, thus challenging the negative meanings commonly embedded in the term.”

Meanwhile, The Process of Art: TOOLS AT WORK, the other selected proposal, serves as a visual presentation of the tools and methodologies used by artists behind visible works. On the premise of confirming the tools’ art-creating function, they are shown together parallel to the works they’ve helped to create. Special invited jury Wang Luyan noted: “By implying ‘tools themselves are works’ and ‘works are not the everything of an exhibition’, the fundamental meaning of such a curatorial mentality changes our understanding and cognition of artworks. Therefore, the works of an exhibition are no longer the ultimatum of the process, but one possibility created by the tools and one assumption of a pending status. The imagination and creativeness arising from the works are where interventions of curatorial perspectives are absolutely necessary.”

Welcoming its 6th iteration, the ECP will now have its tangible session staged on PSA’s first floor rather than the pervious fifth floor, seeking to provide a broader stage to young curators. In addition, the project will also introduce for the first time an ECP Award, which will be awarded to one of the two realized exhibitions picked by a jury of experts, universities, and members of the press and the public, after the exhibition opens its doors. The ECP Award will offer an after-tax cash award of RMB 50,000 to support the winning curator(s) and project’s further research and development. The ECP Award winner will be announced publicly on the closing day of the ECP 2019 exhibition, February 23rd, 2020.

The 2019 project also continues its standing collaboration with two key partners – the Consulate General of France in Shanghai and Pro Helvetia Shanghai (Shanghai-Swiss Arts Council), sponsoring selected curators for exchange and residency programs in France and Switzerland. The exhibition will also host a special interactive area, which will take advantage of forms including documents, interviews, and interactive installations to fully revisit the evolution of this year’s ECP, thus highlighting its unchanging commitment to empowering China’s young curatorial and art forces with a fertile land of growth and development.

Sunset on a Dead End: The Notorious and Their Inexplicable Modes of Existence

About the Exhibition: The Notorious are the gap of mainstream values, the heresy entrenched in shelters, the bubbles rising out of the container of ethics, and the overall impression of lousy memories. They come to the stage and impress the audience with strange postures – some of them have been historically identified as people of irreversible behaviors, while others have not yet done anything out of the ordinary and abominable, but have "broken" the inherent rules and conventions of the society just because of their own special existence – contagious patients, homeless guys, mad men, malformed people, crime committers, and urban freaks... The so-called “Notorious” are in varying degrees and situations that the public tend to keep away from. By having “the Notorious” as thread, the exhibition sets out to constantly re-evaluate the complex relationship between human individual and power, which is recurrent, intertwined and ever-flowing. In this process, it connects to mappings and discussions about solvability/insolvability, madness/civilization, mystery/rationality, mechanism/rule, naming/judgment, etc. Can the benchmark of power measure human density? Sunset on a dead end is a seemingly irreparable U-turn of another dimension, which refers to the exhibition’s original intention.

About the Curatorial Team: Shen Chen now lives and works in Beijing and serves as a curator at White Space Beijing. Previously, he was a curator at Three Shadows Xiamen Photography Art Centre, a nominee of the Jimei × Arles International Photo Festival’s Discovery Award, a nominee of Magnum Foundation’s Abigail Cohen Fellowship, and a nominee of the Fotobookfestival Kassel’s annual photobook award. He studied at Peking University, The Chinese University of Hong Kong, and Canbrook Academy of Art of the US respectively for his Bachelor of Arts in International Politics, Master of Science in New Media and Master of Fine Arts in Photography.

Wang Huan is a Beijing-based art writer and curator. He has tried practicing a kind of anti-stylistic writing and has published a series of art reviews in various public media. In 2018, he won the first prize of the 5th International Awards for Art Criticism (IAAC) and in 2019, he was a nominated curator of the Jimei × Arles Discovery Award.

Exhibition Works & Installation Views of Sunset on a Dead End 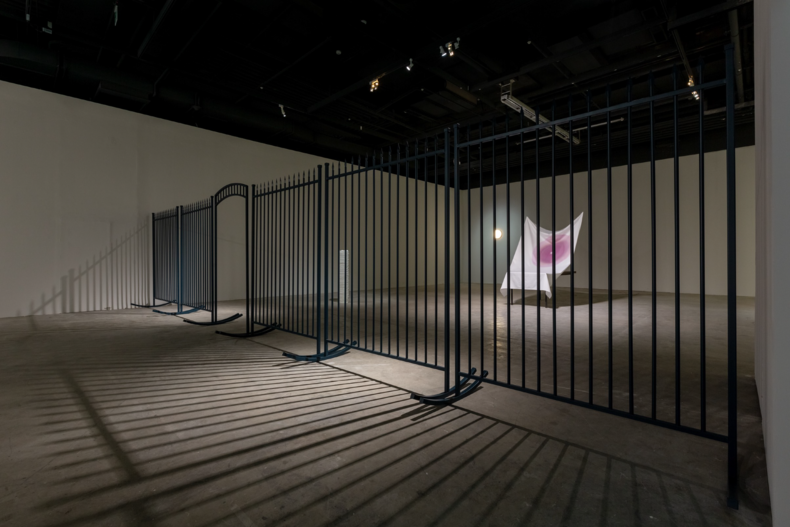 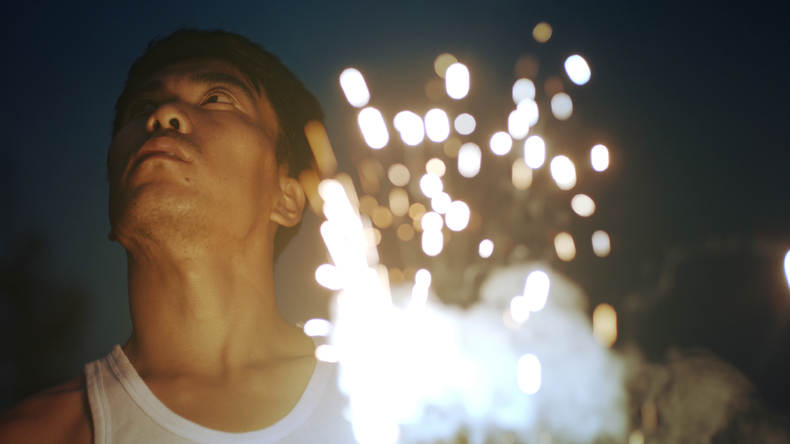 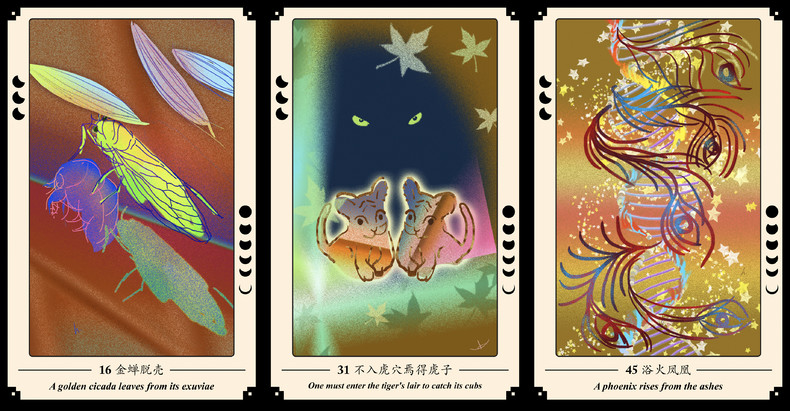 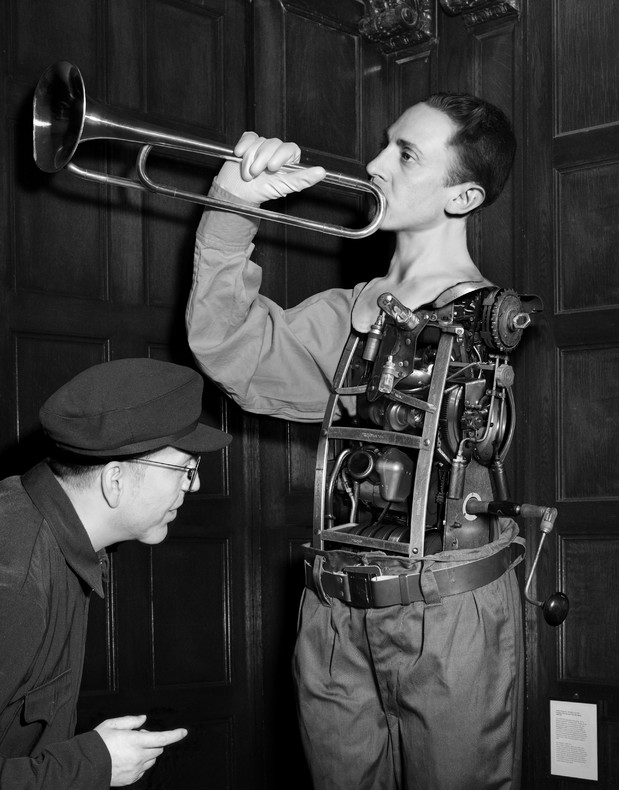 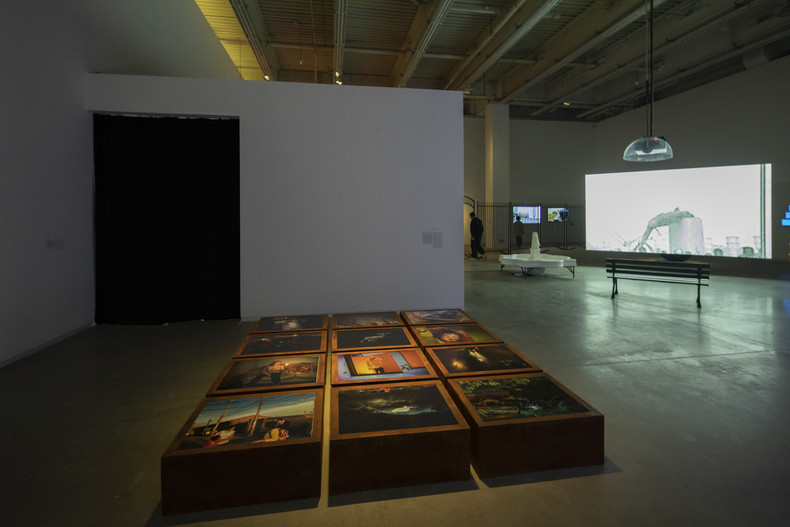 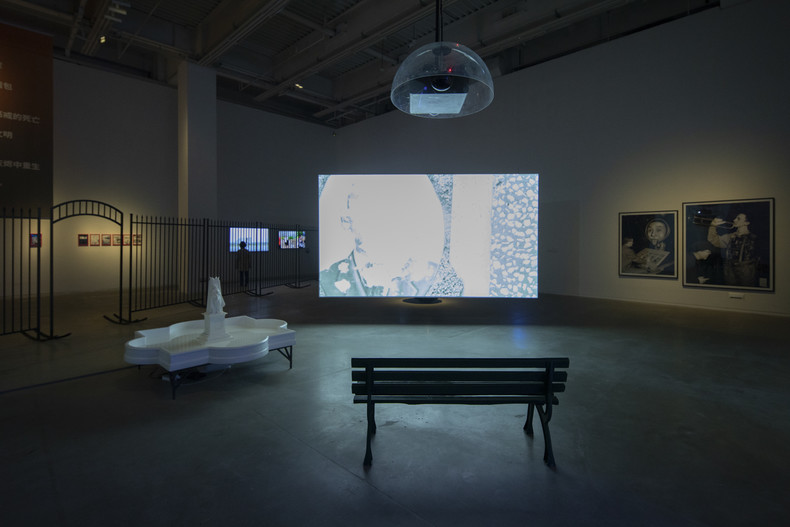 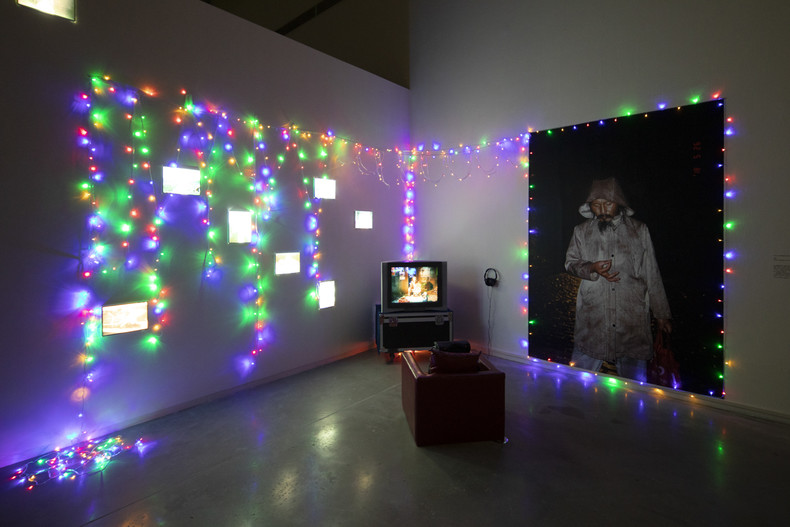 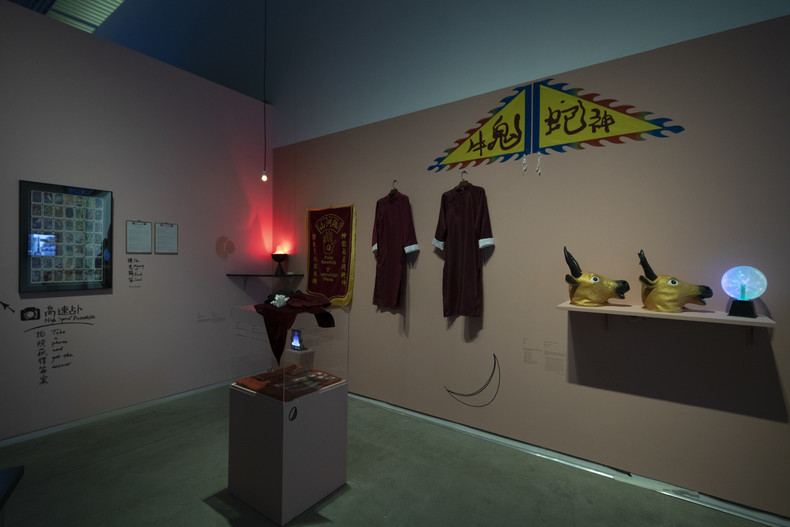 The Process of Art: TOOLS AT WORK

About the Exhibition: As a definable movement, Conceptual Art in the 1960s-1970s attempted to bypass the increasingly commercialized art world, emphasizing that "thinking process and production methods are the value of artworks". As a mysterious bridge, tools have realized the visual transformation of artworks from virtual individual consciousness to tangible objects. An artist's conception itself does not constitute art – but if the artist seeks to materialize it, he or she must utilize the power of technology and tool. Tool is a clue that can return to the essence of art. As a part of artists' practical behavior, it has its own way of seeing. This approach guides artists to operate, and makes the operations own their specific material properties.

Manufacturing, manipulating, editing or processing represent a way of art's uncovering as well as a pattern of creating an open area and revealing truth within – they are closely related to the emergence of art essence. When works lose themselves in the art market or fall into theoretical crisis, tools become a gradual link – a link that can produce infinity, a link that has creativity to break the existing cognition, and a link that carries out the internal test of art. It makes us re-examine the creation of art again…

About the Curator: Zhang Yingying is a Shanghai-based curator and writer. She started to engage artistic creations in 2010, turned to art review and focused research on Kassel Documenta in 2015, and devoted to curatorial practices in 2017, searching for the best fitting points between art, theory and social reality from basic elements.

Exhibition Works & Installation Views of The Process of Art: TOOLS AT WORK 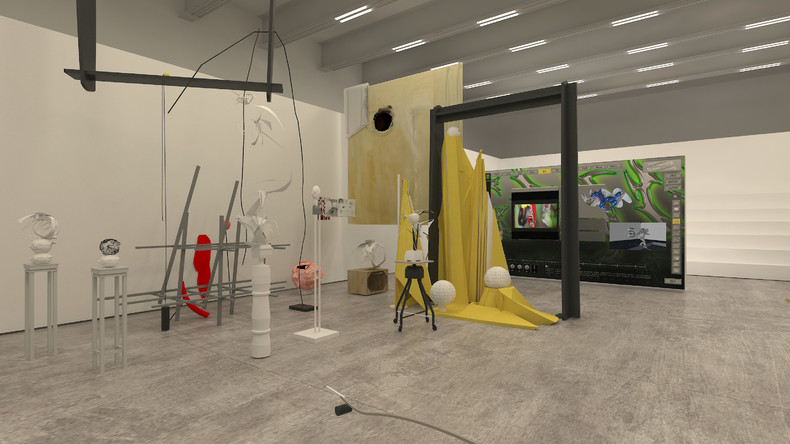 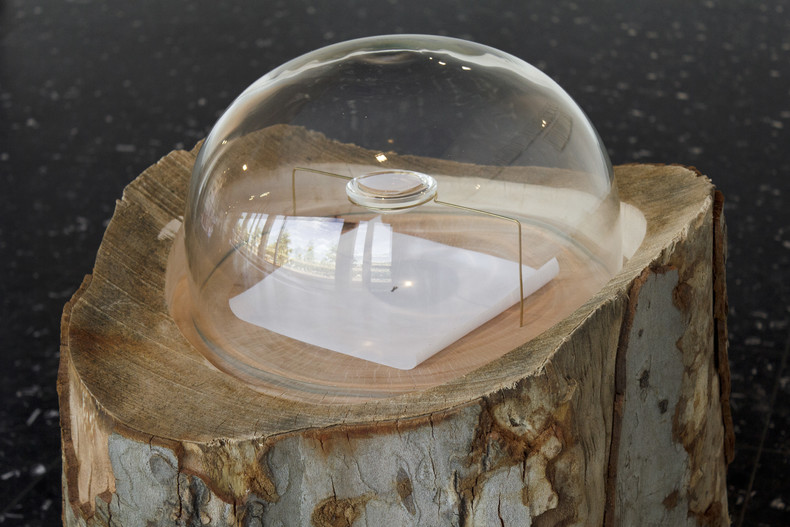 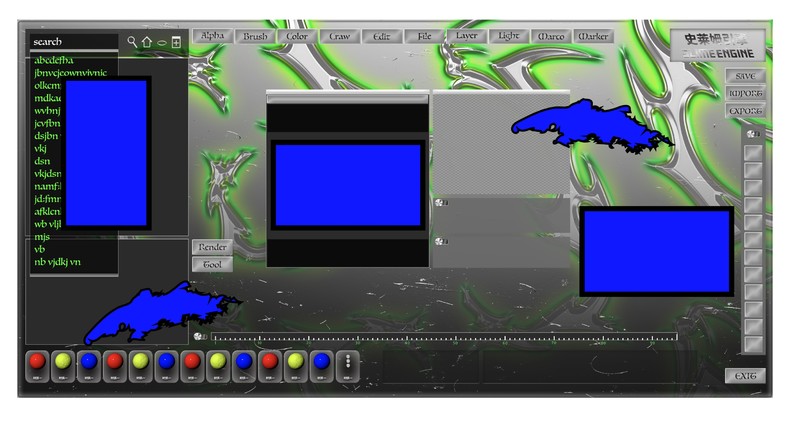 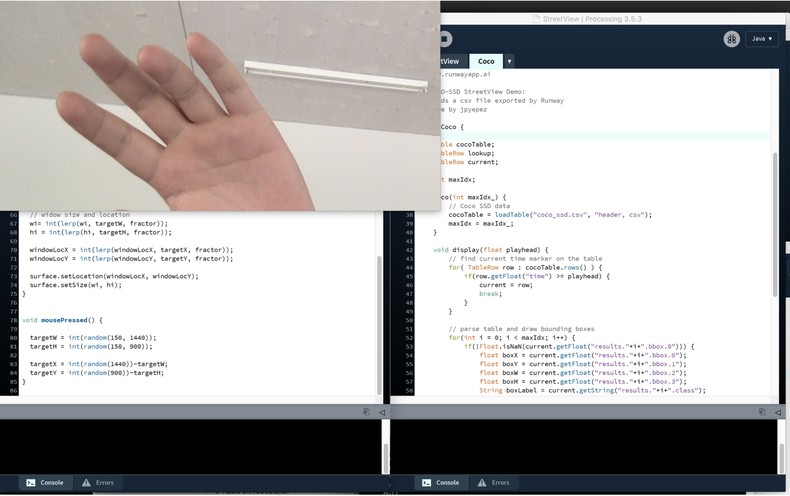 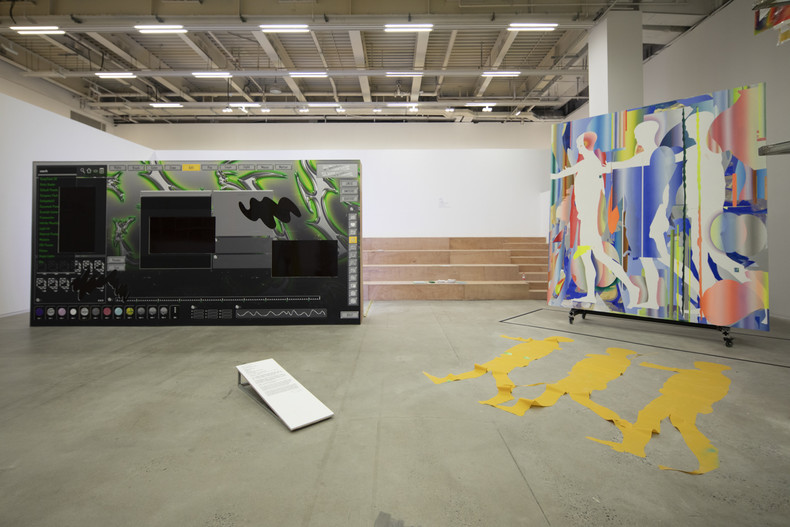 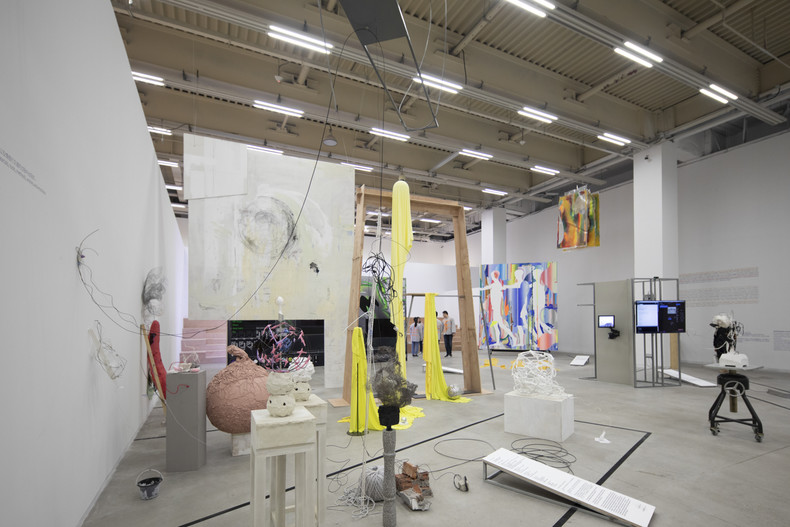 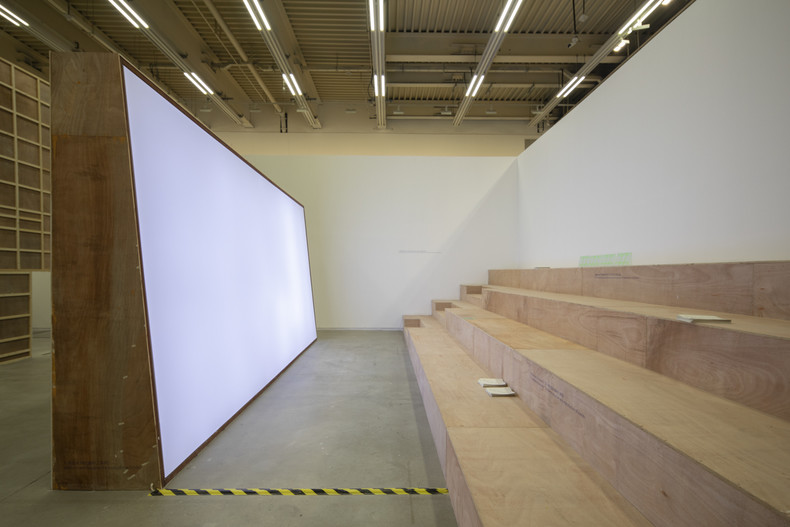 Special Thanks to: Consulate General of France in Shanghai, Pro Helvetia Shanghai

PSA’s Emerging Curators Project is China’s exclusive young curator development and research project. As the contemporary art museum’s annual exhibitory and academic trademark, the project stays committed to exploring young Chinese curatorial talents and providing them with a platform to practice conceptions, an opportunity to access comprehensive and in-depth guidance, a path to enter the public’s eyes, and an environment to enjoy healthy growth. Since its inception in 2014, the Emerging Curators Project has so far supported more than 30 Chinese curatorial talents to realize a total of 14 exhibitions. With an open and fair reviewing principle that disregards backgrounds and encourages adventures, the six-year-old project has been gradually rising to become an important platform for young Chinese curators. Through exhibition-based practices, young curators emerging on this platform gain experiences as well as attention from the industry, while some of the curatorial plans taking form here are also translating into sustainable research and exhibition projects.

Established on October 1, 2012, the Power Station of Art (PSA) is the first state-run museum dedicated to contemporary art in mainland China. It is also home to the Shanghai Biennale. Renovated from the former Nanshi Power Plant, PSA was once the Pavilion of Future during the 2010 Shanghai World Expo. The museum has not only witnessed the city’s vast changes from the industry age to the IT era, but also provided a rich source of inspirations for artists with its simple yet straightforward architectural styles. And as Shanghai’s generator for its new urban culture, PSA regards non-stopping innovation and progress as the key to its long-term vitality. The museum has been striving to provide an open platform for the public to learn and appreciate contemporary art, break the barrier between life and art, and promote cooperation and knowledge generation between different schools of art and culture.

About Consulate General of France in Shanghai

The Consulate General of France in Shanghai represents the Service of Cooperation and Cultural Action of the Embassy of France in China, which bears a mission to spread the French culture, promote French education, and boost Sino-French cultural exchanges in China.

Established by the Swiss Government in 1939, Pro Helvetia is dedicated to the promotion of contemporary cultural works of national and international interest. Pro Helvetia Shanghai, founded in 2010, carries an aim to encourage dialogue between Swiss and Chinese cultural practitioners and institutions by supporting projects that enhance the exchange of knowledge and experience in the cultural field. Most projects undertaken by Pro Helvetia Shanghai focus on Swiss contemporary art, with special emphasis placed on the disciplines of visual and performing arts, design and music.