A Chinese native, Huang Yongping started his artistic career as a leader of the 1985-1986 New Wave Movement and moved to settle in Paris in the end of 1980s. This experience of living in constant displacement makes him even more convinced that the change is the truth of life, and skepticism is the ethical position to adopt. Active all around the world, he has developed profound and dynamic reflections on the questions of encounter, confrontation, conflict and negotiation between cultures, traditions, ideologies and political systems – questions that are becoming increasingly overwhelming in our everyday life driven by the acceleration of globalization, migration, communication, economic expansion and geopolitical competition. For him, art practice and exhibition of artwork are to negotiate, and even "dispute" – disputing with the self, with the other, with the architectural space, with the institution in order to realize a fact, to realize a new reality that will further be polemicized and disputed by the public. In other words, to make and exhibit art is to evoke new forms of public life open to questions and critiques.

The project Bâton-Serpent, has been initially conceived for the MAXXI, National Museum of 21st Century Arts, Rome, the capital of Western religions. By introducing a transformative reading and incarnation of a legend of Exodus, a biblical shared by both Judaist and Christian traditions in which God demonstrated His power in front the desperate Moses leading his people on the way of exile, along with a deployment of different religious representations in coexistence and interaction, Huang Yongping proposed a spectacular picture of the world driven by religious conflicts.

Arriving in Beijing's Red Brick Art Museum, Batôn-Serpent II is endowed with a transformed reincarnation. Moving from the focus of religious confrontations, the new project, combining some major works from the first edition and newly introduced works, Huang Yongping reorients his target on the question of dispute of territory as a main cause of today’s restructuring of power relationship in both the internal and global society.

For Shanghai's Power Station of Art, Huang Yongping brings his investigation and critique of the role of dominant powers and their historical fates further into a more comprehensive but precise terrain by suspending and deconstructing symbolic images marking recent history of the world, from China's integration to the world economic system to global warfare between the "force of justice" and "terrorism", etc. Eventually, this leads us to participate in his inquiry of a more general and ontological question of the destiny of the world: how to choose from going to the left or to the right? Can any choice be really correct facing the destiny of things?

Here, gathering 25 works created during the last two decades, Huang Yongping creates a quasi-encyclopaedia-like, but veritably site-specific, journey throughout the museum to expose and investigate the tensions between the desire to choose –will to power, and the actual outcome, or destiny, of things that often derails and destroys our actions in the fields of the everyday, the political, the economical, the cultural, the religious, the geopolitical, and eventually the metaphysical. In the process, according to the artist, the whole exhibition becomes an immense "hunting field" in which humans, while fighting with each other, encounter and wrestle with all kinds of animals – real or imagined, and products – real or fantastic, man-made or naturally rendered. It’s a sublime picture of the world, at once alarming and exciting.

Curator of the Exhibition

This version of Huang Yongping’s solo exhibition at Power Station of Art will present about 30 pieces according to the space. Besides the large scale installations such as Baton Serpent (2014), PSA will also include many early works from him, showing the artist’s consistent energy, exploration, and reflection.

His philosophical-aesthetic thinking, always singularly independent, and sometimes even nihilistic, strongly highlights the crucial role of skepticism, with which the artist defies the rationalist and anthropocentric hegemony. His artistic language, strong and constantly renewed, is a trans-cultural crossing point between the contemporary expressions and the most traditional influences. With this exhibition, we aim to represent the meeting point for the West and the Non-West, and to put forward debates on cultural identity as well as to challenge ideological and institutional presumptions. The project will eventually be offering a critical analysis of the contemporary geopolitical reality.

Huang Yongping was born in Xiamen, Fujian Province in China (1954). He graduated from Zhejiang Art Academy (now China Art Academy) in 1982, and moved to France since 1989. He was one of the founders and key members of the important artist collective “Xiamen Dada”, and has exhibited at some of the most prestigious exhibitions worldwide, including Venice Biennale (2005), Shanghai Biennale (2000,2012), Monumenta (2016, Paris),and has held solo exhibitions in various institutions including Walker Art Center (2007, Minneapolis),  Ullens Center for Contemporary Art (2007, Beijing) etc. 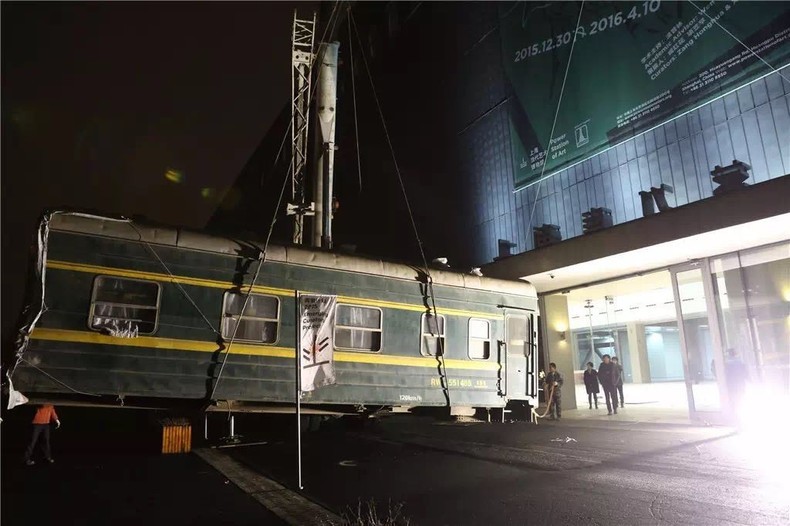 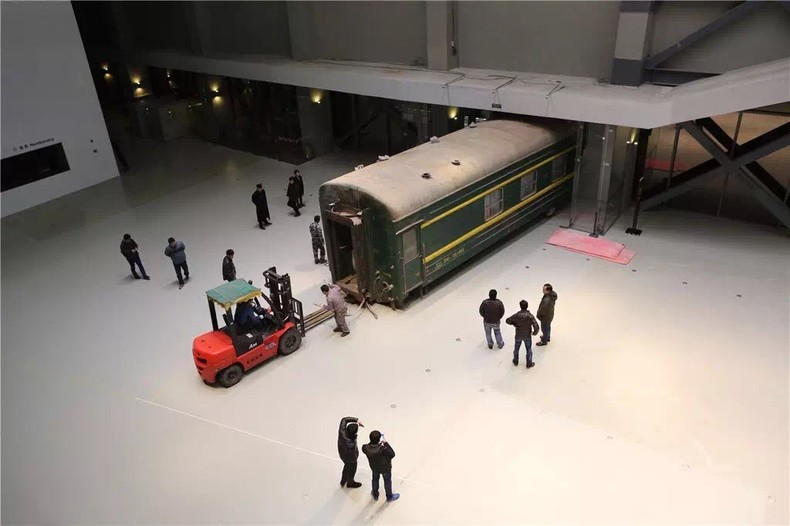 【PSA| Chilren Workshop】Impression of the multitude: Gymsum under your feet

The snake held high, or Rescue and Recession of Art 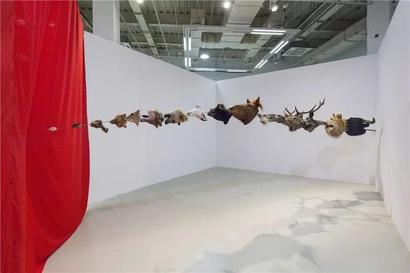 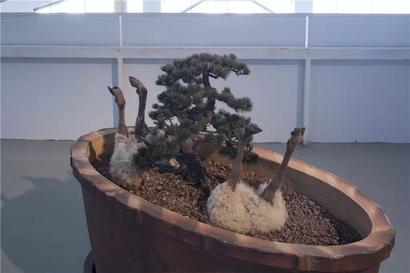 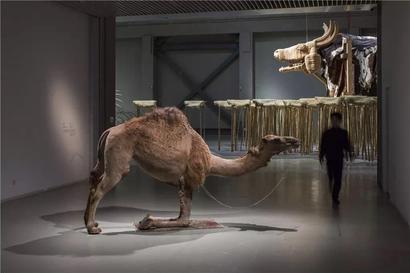 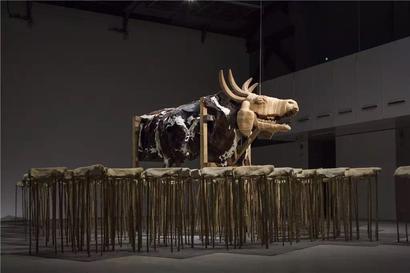 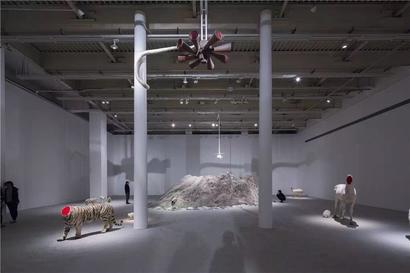 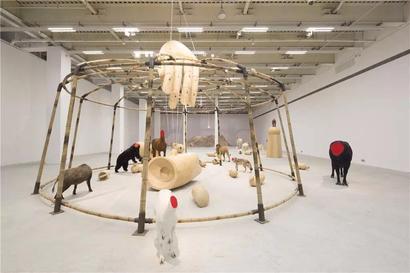